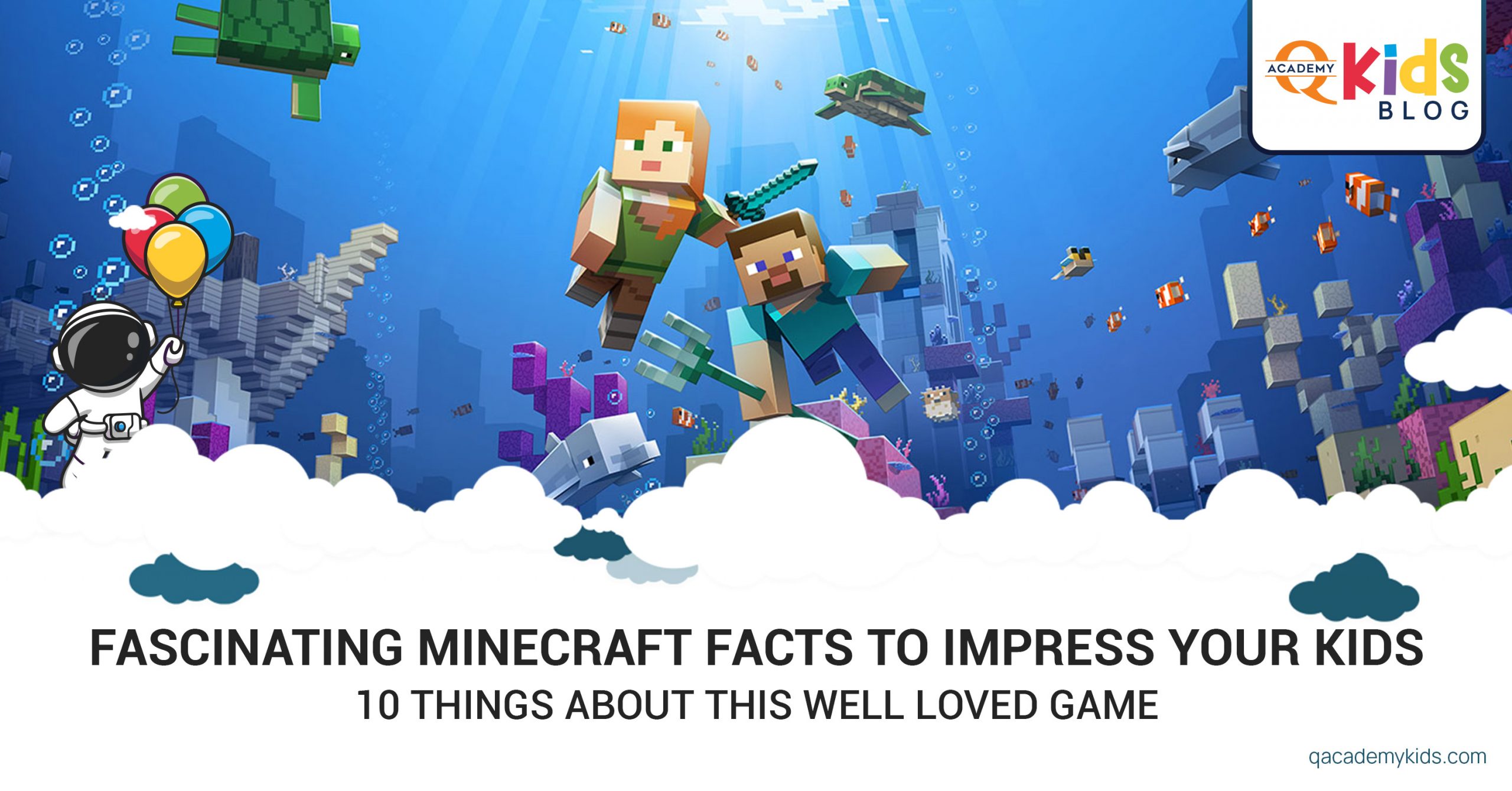 10 Things about This Well Loved Game

Minecraft is touted as a phenomenal platform to teach kids STEAM (Science, Technology, Engineering, Art, Mathematics) concepts. It offers kids a pixelated visual experience that is far from the HD games that they grew up with and parents might find this nod to 8-bit games endearing.

This well loved game comes with interesting facts! Some of the facts below will also teach your kids lessons on how mistakes can be transformed to learning experiences and better things.

Enhance your Minecraft bonding experience by sharing these fun facts! Below are Minecraft facts that we bet you didn’t know!

10 Fun Facts about Minecraft That Every Fan Will Love

There are a total of 111 achievements to be unlocked in Minecraft. If your child is a go-getter, you better help them strategize to unlock everyone of these!

3. Mistakes can lead to interesting things!

The creeper started as a coding error. Notch was supposed to make a pig but when he was writing the code, he switched the height and length. He chose to keep that error and made a regular fixture in the game.

On every 10,000th game launch or so, “Minceraft” will appear instead of “Minecraft. 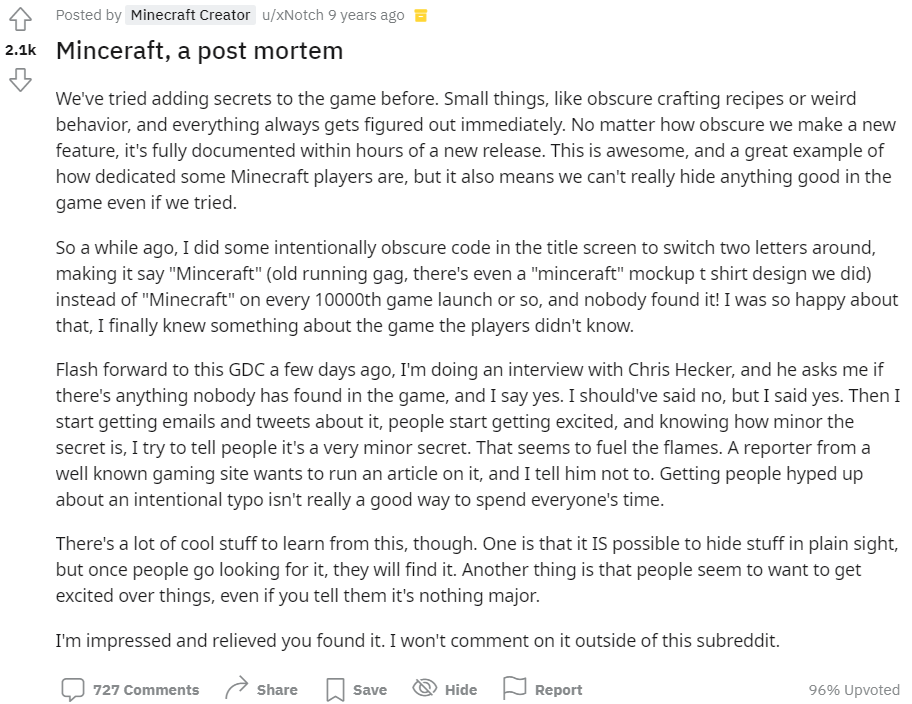 A screenshot of an article posted by Minecraft creator Markus Persson on the secrets of Minecraft.

Daniel Rosenfeld a.k.a C418 is the composer and sound designer for Minecraft. In a Reddit thread, C418 revealed that Ghast’s voices were from him and an accidental recording of his cat’s voice upon waking!

Imagine seeing a 3-foot tall chicken! In Minecraft, a block is equivalent to 1 meter in real life and a chicken is around the size of a block!

7. Denmark used to be in Minecraft.

Interestingly, Denmark was recreated in Minecraft by the Danish Geodata Agency. Unfortunately, it is no longer up since some people bombed certain parts of it. You can see a sample Minecraft video here.

8. The world is not so limited after all.

Unlike our world’s outer space that is said to be ever-expanding, the Minecraft world has its limits. Although there is no actual border or limit where you can go, if you go to the “Far Lands” you will encounter bugs and a decline in the environment.

9. People are known to be testing the said limit of Minecraft.

Popular American Youtube influencer KurtJMac started his journey to the Far Lands in March 2011. He used his stream’s popularity to start a charity! He is still doing this up to this day.

10. Minecraft owes its popularity to the people.

A Gamespot article mentioned a study where some key findings showed that Minecraft’s popularity was because of the prevalent gamer culture now (video tutorials, video sharing, wiki community building, etc.).

Minecraft is a very interesting game in itself and we bet you and your kids will love it even more after learning about these endearing facts.

The Best Side Of Coding Games For Kids

Why is Coding Important for Kids?